When I firstly look at the Asmodus Voluna V2 RTA, I still don’t think that it has a attractive appearance, just as same as my opinion about the previous version. However, when I got the real thing, the appearance is actually idiosyncratic, masculine, can not say it is exquisite, because it has a heart of RTA.

Rough appearance, large diameter tip drip and air intake, slightly fierce feeling, hah. The eye-catching Asmodus wheel on the chamber reminds me that I am the vapor who has the Asmodus Voluna V2 RTA. The dripper is fixed on the top cap, and it is not replaceable, which is not necessarily bad in my opinion. The e-juice refilling port is medium in size and it is convenient to refill. The top cap’s thread is relatively shallow, which prevents the oil leakage caused by the negative pressure when tightening.

Due to the large chamber, the glass tube looks not small. Compared with the previous generation of 2.8ml e-juice capacaity, this V2 version has increased to 3.2ml capacity. However, in the big smoke mode, it is a matter of minutes to completely exhaust the whole e-juice. The chamber is large, catching up with most RTAs because of its unique and innovative dual lego-like posts, which can fit all kinds of filaments completely. In addition, the replacement of cotton is also worry-free, take the thickness according to the normal amount, and then sag to block the e-juice hole, very convenient.

There is a small groove at the bottom of the e-juice guiding groove. The process is radical and the workmanship is very delicate. Personal guessing is a reason why doesn’t have burnt flavor at all.

Moreover, the condensation control of the Voluna V2 RTA is quite good, in addition to the funnel structure of the tip drip naturally refused to condense, the condensed accumulation could not be seen in the glass tube for 2 days. Did it slip away from the air intake?

When I got the Voluna V2 RTA, the filament had been installed in the atomizer, dual-coil, 0.14ohm, 85.8W output, there was no burnt flavor when I continuously vaped.Of course, the other result is naturally a lot of e-juice consumption, through the glass tube you can see that, every time I make a inhalation, there was a big bubble rising.

In my opinion, Voluna V2 RTA is a smoke-orientation atomizer among the new-released RTA, and I recommend it to those vapors who prefer big cloud.

Another Review About RTA: 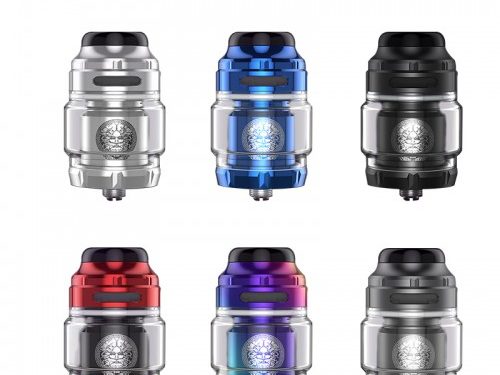