VGOD has come up with two different routes from the product layout of mechanical e-cigs and box mods. One series is named as PRO, its main cost-effectiveness and practical price positioning combined with a fashionable design have long been recognized by the majority of players. The flagship products are named as ELITE, It focuses on the high-end market and is also highly sought after by players. So today, we will share the latest VGOD Pro Mech 2 mod Kit with ELITE RDA.

The part of the mechanical shaft is named PRO MECH 2, which also means that this is the successor of PRO MECH. The appearance part is its biggest change, and the players dubbed it the “fragmented grenades” because the shape on the shaft was indeed similar to the “grenade”, while the “VGOD” was set in the center while the interface of atomizer on the top and the button part of the bottom have not changed much from the previous generation. The button of the bottom is removed, you can see the “grenade” casing of the body can be directly disassembled, what is the material of its casing is not officially stated, but it is similar to the hard plastic, and it is maintaining a high hardness while leaving a certain degree of toughness, so that it has a good touching but also has a very good anti-slip effect. As for the surface of the shaft, it still uses a coarse-grained sandblasting coating like first-generation which still feels good. It is not bloated, and the 24mm size is also a popular trend today.

The ELITE tank, this atomizer is different from the electrode pole part and the emitter part of the earliest PRO DRIP, but the overall workmanship still maintains a very high level. The vacuum plating is matched with the appearance of the matte and the sand blasting inside the deck still makes players very satisfied. The entire air intake setting of the deck can be seen to have a clear optimization, which will make its air volume more smooth, and at the same time, it will be more compact, which will obviously change the taste. As for its taste. Under the premise of not being used, in fact, many players will think that this fixed large-caliber drip and the extra space without any compressed space will make the performance of taste appear hollow. This kind of worry is actually very redundant. Because the space of the atomizer itself is adapted to the data of the filament coil or the low resistance of the thick wire, the taste of the atomizer combined with the slightly more compact intake air is much better than expected.

Overall, the VGOD Pro Mech 2 Kit with ELITE is a new generation of mechanical suit products that still maintains a high standard of workmanship. At the same time, its experience is also very exciting.

Besides, if you like other starter kit, I will recommend SMOK X-Priv Kit With an Elegant and Aesthetic Appearance 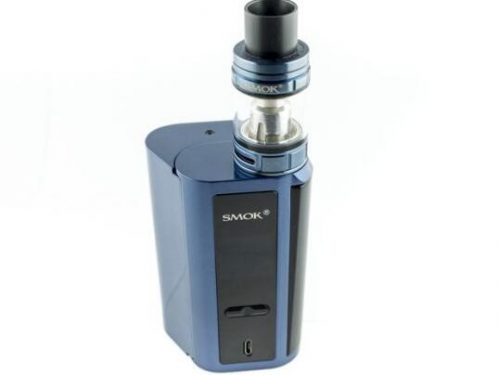