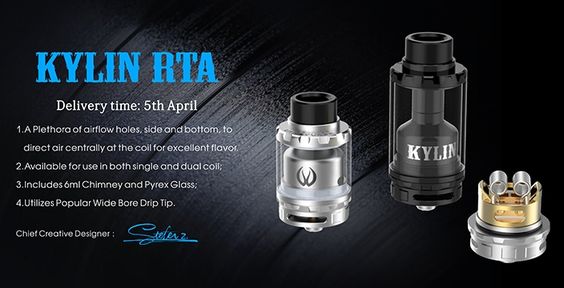 The pair of centralized air channels brings airflow beneath the coils, while the outer channels direct airflow around the side and up towards the domed chimney. Additionally, the airflow is controllable via the three position airflow control ring and divided into two separate sides by a PEEK splitter. The Kylin RTA comes as a 2ml compact tank system which is expandable to 6ml using the included chimney extension and extended glass section. Vandy Vapes keeps the user in mind by integrating knurling on the adjustable airflow control ring, adjustable juice flow control ring, and on the removable top cap for filling for ease of use.

Following the iCon and GOVAD RDA’s, the Kylin utilizes a 810 drip tip platform and includes three 810 drip tips as well as a 510 drip tip adapter. Beautifully constructed, precision machined, and packing in the most intuitive and effective airflow systems across any atomizer today, vandy vape kylin rta enters the market as the premiere RTA of 2017 thus far. Wicking area features two large cut-outs on the side of the deck, providing effective wicking saturation. Airflow is truly unique and powerful, entering through dual external airslots located around the base. When air channels funnels into the structure, it redirects to four squared airholes, with two of the airflow in slopped orientation to create a concentrated, flavor-focused experience. Combining a versatile build deck and creative airflow designs from one of the most exciting company, the Vandy Vape Kylin RTA is a firm contender for top-tier RTAplatform available in the market today.

In the end, If you are eyes on this atomizer, go and check at VapeSourcing.com. The Fresh deals just for you. Any more question about it, welcome to contact us, we will do our best for you. See you guys next time 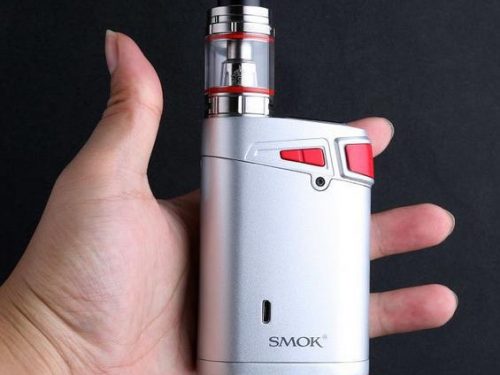