Yesterday, we launch a poll to find the best e-juice vendors.

Today, I will introduce you the top 10 e-juice brand for you.

A huge turnout puts Vape Wild way ahead of the pack, with just shy of 1,900 votes and over 8 percent of the total votes on the poll. Vape Wild is a Texas-based mixer with a focus on providing the best tasting e-juice for pretty cheap prices – or, as they’d put it, being damn good without being pretentious.

They have a huge selection of almost 140 flavors, spanning breakfast blends, drinks, candies, desserts, fruits, menthols and tobaccos, with plenty of options in each category and some stand-out flavors in the bunch. Smurf Cake – a blueberry cheesecake blend – ranked 9th on our best flavors poll, but other favorites include (S + C)^2 (strawberries and cream), Fruit Hoops (the milk at the end of a bowl of fruit loops), On Cloud Custard (a vanilla custard blend), Sweet Complexity (cream, banana, cinnamon, sugar, vanilla and rum) and Circus Bear (strawberry, banana and custard). Another huge step up in terms of votes puts Boosted E-Juice in a comfortable second place in our poll, with the Colorado-based mixer having rapidly gained a following since getting started in late 2013 to early 2014. The Steam Factory’s position of third place on our best vapor juice vendors poll marks the start of a sharp divide between the top rated juices and the rest, with the difference between 3rd and 4th place being larger than that between 4th and 12th place. Needless to say, the Steam Factory has some strong support.

The vendor got started in summer 2013, formed by a husband and wife team who set out to mix the ultimate all-day-vape, as well as looking to produce flavors that appeal to a wide range of vapers.

They have five flavors on offer – Castaway (tropical fruits), Kismet (green apple and pear), Screwberry (mixed berries), Blue Ballz (banana and blueberry) and Muffcake (a half-muffin half-cupcake blend with lemon and mixed fruit), with Muffcake being the most widely-recommended of the bunch.

The eliquids are available in the standard five nicotine levels from 0 to 18 mg/ml (with a 3 mg/ml option) and a 70 % VG mix on most, but with Muffcake being a max VG blend. The juices cost $22 for a 30 ml bottle.

Mech Sauce is based out of Virginia, and earns its spot on our list thanks to its extensive range of 47 e-juice flavors – priced pretty cheaply – and its solid following of vapers. It’s another vendor making this list that shows that a high quality e-juice doesn’t have to come with a “premium” price tag.

Their most popular flavors include Mech Milk (strawberry milkshake), Antidote (strawberry shortcake ice cream), Captain Loopy (the milk left over after a bowl of Fruit Loops), Berry Sabotage (the same concept as Loopy but with Berry Captain Crunch) and Empress Milk (strawberry custard).

The Indiana-based Casey Jones Mainline Reserve took fifth place in our poll by just one vote, with 13 juices on offer – including a pick-your-own yogurt blend – and reasonable prices across the board.

Their e-liquid flavors include the creamy apple pie ‘Murica, the blueberry custard Bomb, the strawberry custard Derail, the fruity blend Forbidden and the creamy pastry and cocoa Massacre, with the vendor specializing in fruit and dessert-based e-liquids. Mitten Vapors is a Michigan-based vendor with a selection of 45 breakfast, dessert, drink, minty, fruity and candy flavors on offer. The mixer takes sixth place in our poll with almost 3 percent of the total vote.

Dr. Crimmy’s V-Liquid is made by a retired veteran who started vaping in 2009 and has been developing his DIY mixing ability ever since. With a range of 66 e-juice flavors available, Dr. Crimmy earns a spot in our list with over 580 votes from vapers.

Smiley e Liquid is a California-based mixer whose juices first went on sale in 2014, with a range of fruity, savory and candy flavors and a dedication to quality. The mixer has eight flavors on offer, six through its standard line and two more Psycho X branded e-liquids, and comfortably placed within the top 10 e-liquid brands with over 2.5 percent of the total vote. The flavors from Smiley ordinarily have self-explanatory names and to-the-point flavors, including Apple Pie, Jolly Watermelon and Vanilla Dream, but the two Psycho X blends Drama Queen (strawberries and vanilla) and Jealousy (apple pie and caramel) break this mold.

Beantown Vapor is a Boston-based mixer, who’s been in the industry since 2010 but started focusing solely on putting out excellent vape juices a couple of years ago. They’ve earned 9th place on our top vapor e-liquid poll for their small-batch mixes and their range of 12 dessert-based, fruity and sweet juices.

Among their offerings are Banana De Leche (caramel and banana), Oh-Face (strawberries and cream – this juice came second in our best e-juice flavors poll), Snozzberry (which tastes like Snozzberry, obviously – a melon and blue raspberry blend), Flesh and Bone (blueberry, peach and pastry) and Soul Custardy (a vanilla custard blend that took third place in the poll). Cuttwood is an LA-based mixer that calls itself “the sauce boss,” with a range of five juices that have earned the mixer a loyal following and a spot on both our best e-liquid brands list and the best individual flavors – for their most famous blend, Unicorn Milk. They’re dedicated to quality, putting their vapor juices through rigorous testing and investing tons of time into research and development to ensure every one is as delicious and high-quality as possible. Cuttwood has five flavors on offer, the mango, cantaloupe and papaya Mega Melons, the honey, graham cracker, nut, banana and milk Boss Reserve, the fruit cereal Bird Brains, the cinnamon, cream and cereal option Sugar Bear and the strawberry and cream Unicorn Milk. The latter may be widely-considered the best vapor juice from the mixer, but each flavor they offer has it’s staunch supporters. 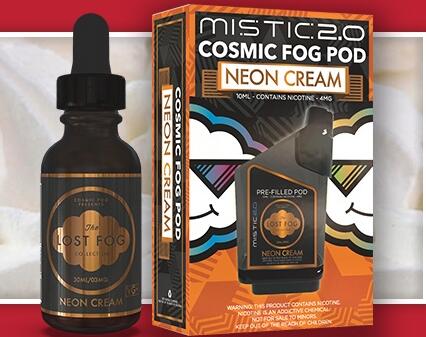 The Cream and Custard E-Liquid Trend 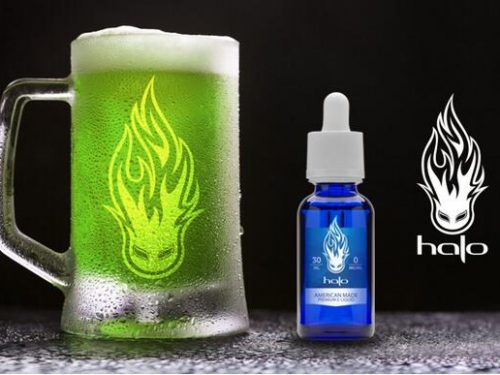