Nowadays, in the market of electronic cigarettes, it can be seen that the pod system kit led by juul is returning again. Follow-up products such as SMPO MT and PHIX are now more popular products. Such products not only play the role of quitting smoking, but also lead the beginners who want to contact electronic cigarettes. The same is true for the products that we want to share with you today, but it is known for its card-type design and also has a product that can refill the e-jucie – Suorin Air.

The Suorin Air Kit consists of a reusable cartridge and a mod. You can describe it as “extremely slim” because it not only has an advantage in terms of weight and volume, but it is also extremely exquisite in its workmanship. Suorin Air uses a built-in battery with a capacity of 400mAh. It has been measured that it can provide about the time of vaping two tubes of e-juice, and the charging time is also about 30-40 minutes.In addition, there is a separate code in its slot part, a magnet responsible for adsorbing the cartridge, and two conductive connecting contacts. Here you see the circular hole with the air flow switch between the two contacts.On the bottom of the mod, there is a USB charging interface and a LED working indicator lamp (blue is more than 50%; red is less than 50%). At the same time, it is equipped with a separate power switch.The cartridge has a capacity of 2ml, and its internal core uses a loose-wound coil + oil-guided cotton setting, so that the loose-winding method has a longer use time than the tight-wound method, even if It is also possible to have sufficient durability by loading soot with faster carbon deposition speed.

Let’s talk about its performance. Its air flow switch is sensitive to trigger and there is no air suction phenomenon. And its atomized taste will have a high degree of sweetness because of the combination of low power + loose core, which will also make it more clear in the flavor of the e-juice.  As for the exaggerated descriptions such as “rich taste”, “clear layering”, “excellent smoke oil”, etc. it is totally inappropriate to apply it to Suorin Air, because its position is not a player-type device. This point needs to be clear. What it can bring to the user is the most essential taste of e-juice. 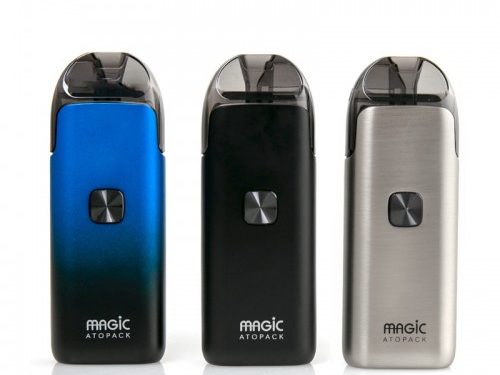 The Best Pod System Kit On The Market Right Now